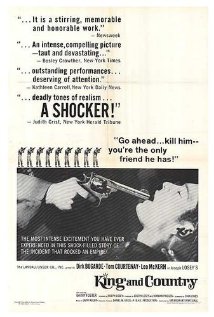 During World War I, an army private is accused of desertion during battle. The officer assigned to defend him at his court-martial finds out there is more to the case than meets the eye.