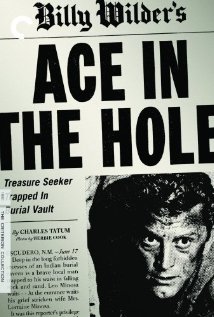 Ace in the Hole

A frustrated former big-city journalist now stuck working for an Albuquerque newspaper exploits a story about a man trapped in a cave to re-jump start his career, but the situation quickly escalates into an out-of-control circus.